This area is intended for the collector and the interested public. You can find articles of interest about art and antiques and get to know some of our associates.

Check out the published articles, if you are looking for support in Evaluations, Certificates, Import or Export parts, please contact us, we are here to help.

The European contribution to the development of Mughal painting in the seventeenth and seventeenth centuries is one of the most interesting chapters of India-Europe cultural interaction, which strangely little attention has deserved from our scholars of the Orient (except for the remarkable Goa exhibition). and Grand Mogol at the Calouste Gulbenkian Foundation in 2004 and its catalog) 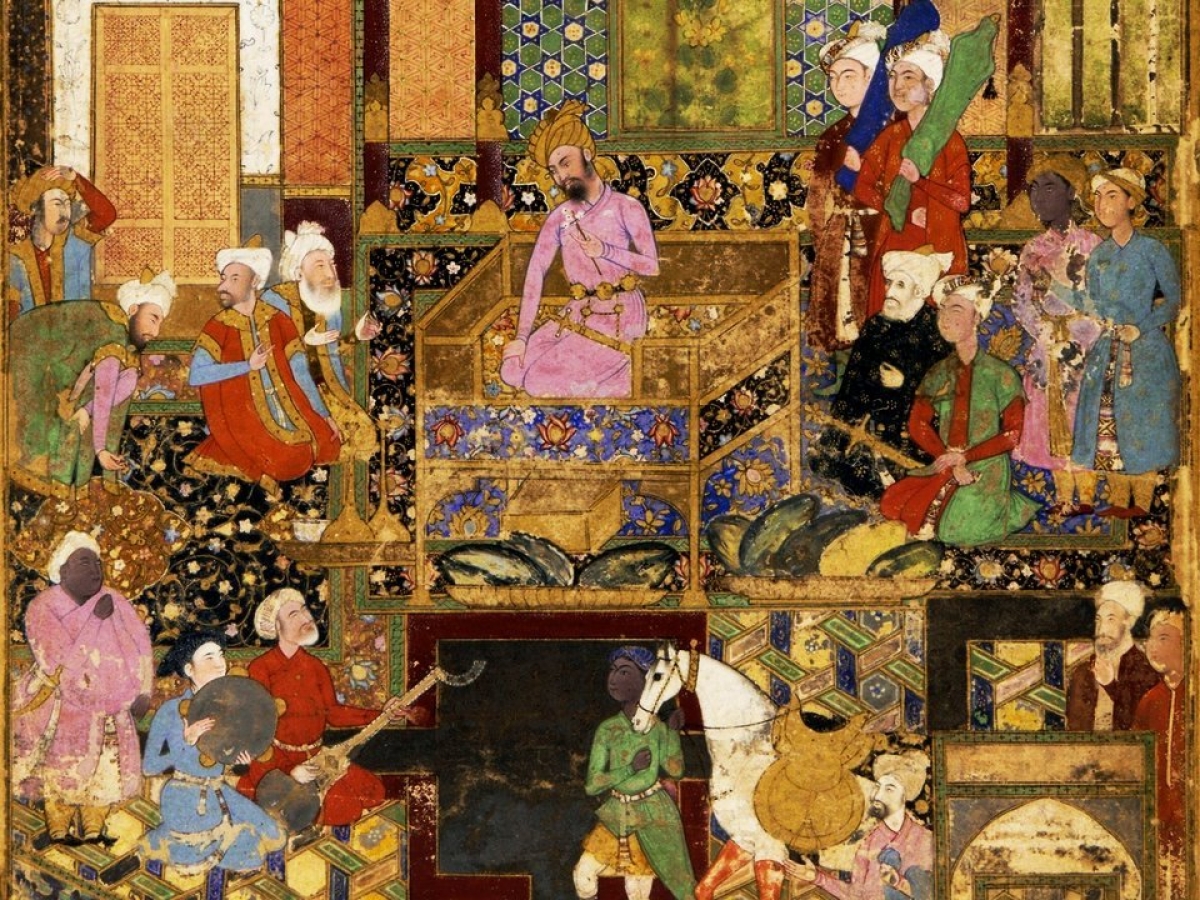 The Mughal dynasty was started by Babur (r.1526-153) who from his Kabul base defeated Ibrahim Lodi, the Sultan of Delhi. The beginnings of the empire were precarious, his son Humayun (r.1530-1556) had great difficulty in retaining his father's conquests.

The great power and splendor however is due to Akbar (r 1556-1605). He inherited the imperial throne at thirteen. He turned out to be a visionary politician and administrator and laid the solid foundation of an empire that would last almost intact until the 18th century.

Akbar inherited the love of the arts from his ancestors. His father Humayun had brought to India from Tabriz in Persia two important painters: Mir Sayyid Ali and Abd al-Samad. These two men were responsible for the organization of the imperial studio. Safavid Persia was then the cultural reference model for the Islamic cultural elites of Industan. Initially the imperial studio was devoted to illustration of Persian literature classics and chronicles of the military deeds of illustrious ancestors such as Gengis Khan, Timur and Babur.

The compositions in this phase of Persian root were eminently static and decorative, with most of the surface occupied by decorative patterns. There was no pretense of realism, of expressing volume, distance or perspective.

In the late 16th century the dynasty is consolidated. The artists of the imperial studio gradually became servants and promoters of the dynasty's power and grandeur.

Meanwhile new winds blow: Goa had become a powerful and cosmopolitan center. The first contact between Akbar and the Portuguese seems to have taken place in Gujarat in 1573, during the siege of Surat. On this occasion a group of Portuguese offered the emperor European articles that would have amazed him.

In 1576 Akbar invites the Jesuits to send a mission to the Mughal court: "I send Abdulah, my ambassador and Domingos Pires to ask you, on my behalf, to send me two educated priests who are to bring with them the main Gospel books and all that they have." that is better and more perfect of your law ... "

In 1580 the first Jesuit mission travels to Agra. It is known that he offered the emperor a bible. However Akbar would certainly have had occasion to appreciate European art. German and Flemish engravings were already circulating in the Mughal court, carried by merchants, adventurers and other travelers, as gifts, or for trade.

Akbar and also his eldest son, Prince Salim, later Emperor Jahanghir, established friendships with the Jesuit missionaries who remained in his courts, sometimes for several years.

The presence of the Jesuits in Agra, Fathepur Sikri, Lahore and other Mughal capitals is well documented and relatively well known. The missionaries scrupulously reported on all these contacts in letters to their superiors, which today is a fascinating read. They detail Akbar's visits to his chapel in Agra and his alleged veneration for the images of Jesus, Our Lady and the Saints, and his admiration for the excellence and realism of the paintings he is observing. Akbar would have called his advisers and painters from your studio to observe and copy such wonders.

Akbar's interest in Christian imagery and European painting is understandable and certainly genuine, but it might be advisable to take a discounting in view of the taste for hyperbole, typical of the language of the Mughal and Persian courts.

However, there seems to be an underlying misunderstanding in the relations between the Jesuits and Emperor Mughal. The Jesuits were convinced that Akbar's conversion would be imminent. They repeatedly write it in their reports to Goa and Rome. They were encouraged by their affability and honor, and by the sovereign's genuine interest in Christian law and philosophy.

Akbar actually had no intention of converting to Christianity. He was a not-so-convinced Muslim monarch in a predominantly Hindu country. It nourished rather the idea of creating a new religion (Din-I-Ilahi, Divine Religion)) by taking advantage of the "best" of other religions and adding to its enormous temporal power the status of spiritual leader. It was driven by its interest in Christianity. out of intellectual curiosity and universalist spirit.

Akbar and later Jahangir were committed, for political reasons of consolidating their power and image, and certainly of personal vanity, to perfecting the power of the message conveyed by the court painting. This painting was not limited to the production of manuscripts for court delight. On the walls of the main palaces, courtrooms, and public spaces were murals that conveyed the intended message. In Fathepur Sikri the first Jesuits to enter the imperial palace found paintings depicting Christ, Our Lady, Moses, and Muhammad.

The powerful of the Mughal court realized the possibilities that European painting, with its more realistic representation techniques could offer in the process of enhancing the imperial image. By European influence comes a liberation from the pictorial space. The figures acquire greater expression and individuality. Realistic portraits become commonplace. Workshop artists from various courts copy European prints, learn shading and dashing techniques to give volume and animation above all to the garments. A distance view opens by the reduction of the farthest elements. Renaissance techniques such as "sfumato" are used to suggest depth of field.

Elements of Christian iconography are usurped and re-contextualized to serve the emperor's exaltation and near deification. Painters like Abdu'l Hasan specialize in allegorical portraits in which Jahangir is depicted, sitting on a golden throne, like Christ, holding the orb, his head encased in golden radiance while angels hold wreaths. The European influence on cut painting in this important period of Industan art is considerable and not always recognized.